Lakers hang on against Coon Rapids, to host East Ridge for a spot in the state tournament

Prior Lake held onto a late lead to beat Coon Rapids to advance to the second round, setting up a rematch with East Ridge.

The Prior Lake Lakers scored 17 first half points and held on in the second half as they defeated the Coon Rapids Cardinals 20-13 in the first round of the Class 6A playoffs on October 28 at Dan Patch Stadium.

With the win, the second-seeded Lakers advance to the state qualifier game commonly referred to as the section final. Prior Lake will host third-seeded East Ridge in a rematch from the 2021 playoffs.

The Lakers would answer back quickly. After a penalty on the ensuing kickoff set the Laker offense up in Coon Rapids territory, running back Levi Eiter broke free for a 20-yard run to move into the red zone. Three plays later, running back Hunter McGillivray scored on a 5-yard touchdown run to tie the game 7-7 with 6:46 left in the first quarter.

The Prior Lake defense forced a three-and-out on the next drive thanks to a tackle in the backfield by the do-it-all receiver/running back/defensive back Joey Krouse.

The Lakers then put together a 12-play drive but had to settle for a long field goal attempt after a fumbled handoff on a reverse play on third down brought the drive to a halt. Luckily for Prior Lake, kicker Logan Lehrer drilled a 46-yard field goal to give the Lakers a 10-7 lead on the final play of the first quarter.

Coon Rapids retook the lead on a 62-yard touchdown pass on a deep post route to Cummings-Coleman. The Cardinals missed the extra point to keep the score 13-10 with 10:21 left in the half.

Prior Lake had to punt on the next drive after another fumble on the handoff exchange on third down near midfield.

Prior Lake’s defense then stopped the Cardinals but a good punt pinned the Lakers back at their own 10-yard line to start the next drive.

Facing a second-and-14 from the Prior Lake 6-yard line, quarterback Luke Crosby took the snap, rolled to his right in his own end zone and threw to Krouse, who caught the ball along the Prior Lake sideline before he cut back across the middle of the field and sprinted toward the opposite pylon. Krouse was tripped up and tackled at the Coon Rapids 1-yard line after a 93-yard gain.

Running back Grayson Spronk scored on a 1-yard touchdown run on the next play to give Prior Lake a 17-13 lead with 3:04 left in the half.

The Laker defense forced a punt on the next drive and the Lakers were able to move the ball into field goal range in the closing seconds of the half thanks to a 26-yard screen pass to receiver Nate Bodine but Logan Lehrer’s 48-yard field goal attempt was blocked as time expired.

Prior Lake’s first drive of the second half ended in a punt after the offense stalled midfield.

Coon Rapids moved the ball into Prior Lake territory on the next drive but the Laker defense stood tall and forced a turnover on downs just across midfield, tackling Cummings-Coleman in the backfield on a jet sweep attempt on fourth-and-3.

The Lakers looked like they were going to score a touchdown on the next drive with nine straight run plays with a number of different rushers but Prior Lake had to settle for a field goal after a miscommunication on a handoff on third-and-goal to close the third quarter.

Lehrer drilled a 22-yard field goal on the first play of the fourth quarter to give Prior Lake a 20-13 lead with 11:58 left in regulation.

Coon Rapids had to punt on the following drive after a holding penalty set them back and Cummings-Coleman was injured.

Prior Lake looked to put the game away on the next possession. The Lakers had a 12-play drive but were stopped when Spronk’s throw on a halfback pass attempt fell incomplete on third-and-long from the Coon Rapids 27-yard line.

Logan Lehrer’s 44-yard field goal attempt sailed wide left to give the ball back to the Cardinals with roughly three minutes left in regulation.

Coon Rapids moved the ball near the Prior Lake red zone with under two minutes to go but a holding penalty backed the Cardinals up near midfield. A pass on fourth-and-15 was broken up by safety Josh Marcinkevich to seal the 20-13 victory for the Lakers.

The Lakers will be looking to clinch a spot on the state tournament when they welcome East Ridge to Dan Patch Stadium on November 4 at 7pm.

Friday’s matchup between Prior Lake and East Ridge is a rematch from the first round of the 2021 Class 6A playoffs, a game which East Ridge won 31-17 at East Ridge High School to end Prior Lake’s season.

Prior Lake and East Ridge also met in the second round of the 2015 Class 6A playoffs, a game in which East Ridge won 26-22 on a fake field goal touchdown in the final moments to advance to the state tournament.

Prior Lake has played in the “winner-goes-to-state” round, still commonly referred to as the section final, in 11 of the last 12 seasons, with the only exception being last season’s first round defeat to the Raptors. The Lakers have not lost a home playoff game during that span, including a 4-0 record in Section Final games at Dan Patch Stadium.

Quarterback Tanner Zolnosky is East Ridge’s top passer in their spread-style offense, having completed 146 of 231 passes for 2,524 yards, 25 touchdowns and seven interceptions on the season.

Running back Isaac Walker is the Raptors’ leading rusher this season with 116 carries for 503 yards, six touchdowns and two fumbles. Jaelen Harper has been a short-yardage running back for the Raptors as he has five rushing touchdowns on the season.

Receiver Riley Schwellenbach has been Zolnosky’s top target in the passing game with 44 catches for 1,019 yards and 13 touchdowns this season. Receiver Deontae Flemino and tight end Jaylin Reese have also been targeted regularly. Flemino has 34 catches for 458 yards and three touchdowns while Reese has 31 catches for 531 yards and six touchdowns.

The winner of Friday’s game will take on the winner between #1 seed Maple Grove and #5 seed Forest Lake in the State Quarterfinals at Chanhassen High School on Friday Nov. 11 at 7pm.

PL Lakers Live will be streaming Friday’s game. Friday’s stream with Logan Anderson, Ben Tressel and John Wahlstrom will be live at the following link:

Be sure to check back next week for a recap of the East Ridge game and, if the Lakers beat East Ridge, a preview of the playoff matchup against Maple Grove/Forest Lake. 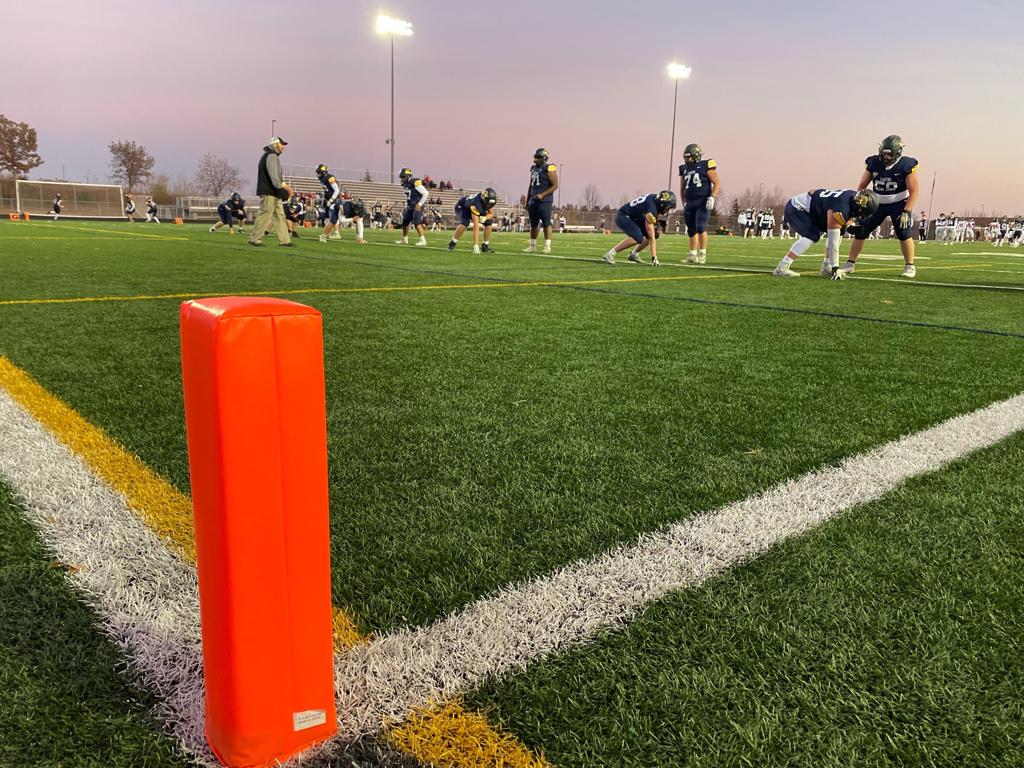