Lakers storm past Park, to host Coon Rapids in first round of playoffs

Prior Lake's dominant ground attack led them past Park. PL will host Coon Rapids to start the playoffs.

The Prior Lake Lakers rushed for 459 yards and seven touchdowns as they rolled to a 57-7 win over the Park Wolfpack on October 20 at Park High School.

Prior Lake struck quickly on their first drive of the game. Facing third-and-1 at the Park 32-yard line, quarterback Luke Crosby dropped back and threw the ball deep down the middle of the field where receiver/running back Joey Krouse hauled in the pass near the 10-yard line and scampered into the end zone. Kicker Logan Lehrer’s extra point gave the Lakers a 7-0 lead.

Park completed a 55-yard pass on the ensuing drive but Prior Lake’s defense forced a turnover on downs near the 20-yard line to give the ball back to the Lakers.

On the very next play, running back Levi Eiter followed his blockers for a 29-yard run to move the ball to midfield. Six plays later, Eiter rumbled into the end zone for a 10-yard touchdown to increase the Laker lead to 14-0 with 3:51 left in the first quarter.

The Laker defense forced a three-and-out on the next drive thanks to a key tackle in the backfield by defensive linemen Martin Owusu and Jide Abasiri.

An 18-yard completion on a seam route from Crosby to tight end Tommy Anderson advanced the ball near the red zone. After Eiter set the Lakers up with first-and-goal with a pair of strong runs, Crosby finished the drive with a 1-yard touchdown run on a quarterback sneak. A bobbled hold on the extra point attempt kept the score 20-0 Lakers with 14 seconds left in the first quarter.

Prior Lake’s defense then forced another three-and-out and a short punt set the Lakers up already in Park territory at the 34-yard line.

On the very next play, Eiter took the ball on a toss play around the left side, followed offensive lineman Greg Johnson and took off down the sideline for the Prior Lake touchdown to increase the Laker lead to 27-0 with 11:09 left in the first half.

The Wolfpack moved the ball into Prior Lake territory on the next drive but linebacker Aidan Gegenheimer brought the drive to a halt with a tackle short of the first down marker on a screen pass.

Eiter then got the Lakers on the board again with a 24-touchdown run on a third-and-3 to push Prior Lake’s lead to 34-0 with 3:12 left in the half.

The Wolfpack got their only score of the game on the next drive with a 24-yard touchdown pass to cut the Prior Lake lead to 34-7 with 52 seconds left in the half.

A short kickoff gave the Lakers one more chance to score before the half with the ball near midfield. A run for a third down conversion by Eiter and a 15-yard run by running back Hunter MacGillivray in the closing seconds gave Lehrer a chance at a long field goal attempt. Lehrer drilled a 46-yard field goal as time expired to make the score 37-7 Lakers at halftime.

After a Park punt on the opening possession of the second half, Prior Lake went back to the ground game and scored again on a 31-yard touchdown run by MacGillivray, where he took a handoff from Crosby and sprinted right through the Wolfpack defense to increase the lead to 44-7 with 8:56 left in the third quarter.

Prior Lake’s defense stood tall on the next drive with a stop on fourth down near the red zone.

The Lakers had to convert on a pair of fourth downs on the next drive, with the biggest being a 47-yard completion from quarterback Hunter Tabatt to receiver Steven Hawley on a deep pass where Hawley was tackled inside the 10-yard line.

Running back Brody Fumanti scored two plays later on a 3-yard touchdown run to make the score 51-7 Lakers with 36 seconds left in the third quarter.

Fumanti also added a 49-yard touchdown run in the fourth quarter to reach the 57-7 final score.

Safety Josh Marcinkevich was the leading tackler with seven tackles while Owusu and safety Ian McKowen each had four tackles.

The Lakers earned the #2 seed in section seeding and will host the #7 seed Coon Rapids Cardinals in the first round of the Class 6A playoffs on Friday Oct. 28 at 7pm at Dan Patch Stadium.

Friday’s matchup between Prior Lake and Coon Rapids is a meeting of unfamiliar opponents. There is no record of the Lakers and Cardinals ever matching up, dating as far back as 2003.

Coon Rapids (4-4 Overall, 1-4 North Central Black) is a unique team in the Class 6A playoffs as they play primarily Class 5A teams during the regular season before playing Class 6A teams in the playoffs.

Coon Rapids, with its spread offense, is highlighted by star junior wide receiver Khijohnn Cummings-Coleman, who has an offer from Iowa State and has gotten interest from other Division 1 schools. Cummings-Coleman has 51 catches for 870 yards and 10 touchdowns on the season.

Jerid Fearing is Coon Rapids’ leading rusher with 56 carries for 297 yards and three touchdowns. Kingsley Freeman has 35 carries for 207 yards and a touchdown. Cummings-Coleman will also line up in the backfield at times.

Apart from Cummings-Coleman, Dominick Oelmann, Lofton O’Groske and Jackson Smith are other frequent targets in the passing game.

The winner of Friday’s game will take on the winner between #3 seed East Ridge and #6 seed Totino-Grace at the high seed on Friday Nov. 4 at 7pm. As such, if the Lakers defeat Coon Rapids, they will host either East Ridge or Totino-Grace next week.

PL Lakers Live will be streaming Friday’s game. Friday’s stream with Dom Dandrea, Ben Tressel and John Wahlstrom will be live at the following link:

Be sure to check back next week for a recap of the Coon Rapids game and, if the Lakers beat Coon Rapids, a preview of the playoff matchup against East Ridge/Totino-Grace.

Taylor Smith can be reached at tay1@me.com or on Twitter @taysmith2013. 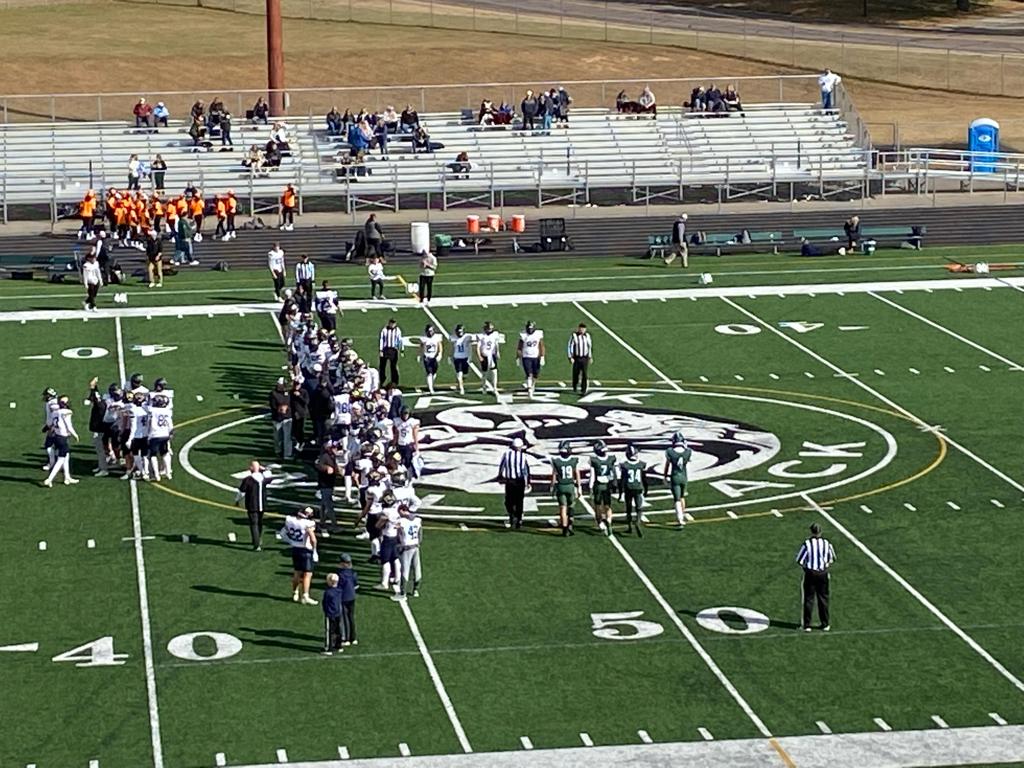