Prior Lake used a strong rushing attack to roll past Edina, will renew rivalry with Lakeville North Sept. 24.

Running back Grayson Spronk rushed for 131 of the team’s 412 rushing yards as the Prior Lake Lakers rolled to a 42-21 win over the Edina Hornets Sept. 17 at Dan Patch Stadium.

While the final score indicates a lopsided Laker win, it was the Hornets who struck first, converting a pair of third downs on their opening drive before Edina running back Evan Deutch broke off a 55-yard touchdown run to give Edina an early 7-0 lead.

Prior Lake would answer back though with a 12-play 75-yard drive, highlighted by a fourth-down conversion by running back Ryan Horesji, a 17-yard run by Spronk and capped by a 25-yard touchdown run by receiver/running back Joey Krouse on a reverse play. Kicker Logan Lehrer added the extra point to tie the game 7-7 with three minutes to go in the first quarter.

One of the exciting plays of the night came on the next Edina drive when, facing a second-and-18 from their own 26-yard line, Edina quarterback Adam Berghult tried to throw a bubble screen to the receiver but Laker cornerback Dylan Hanson dove in front of the receiver and intercepted the ball.

Two plays later, the Lakers were back in the end zone as Prior Lake quarterback Kyle Haas faked a handoff to Krouse and threw to wide-open tight end Trace Bowman on a seam route for the touchdown. Lehrer’s extra point made the score 14-7 Lakers with 17 seconds to go in the first quarter.

A couple plays after the ensuing kickoff, Berghult threw the ball to his left, looking for a receiver running an out-route but the ball was again picked off by Hanson, giving the Lakers the ball back near midfield.

A long run by Spronk and a pass from Haas to Krouse advanced the ball near the red zone and Horesji finished off the drive with a 3-yard touchdown run, extending the Laker lead to 21-7 with 9:47 to go in the first half.

Edina answered back on their next possession with a 53-yard touchdown pass to cut the lead to 21-14.

Krouse nearly broke the ensuing kick return for a touchdown, weaving his way thru Edina defenders before ultimately being tackled inside the Hornet 35-yard line. Then, facing a third-and-3 at the 5-yard line Haas dropped back and then scrambled to his right and dove into the end zone for the Laker touchdown and extend the lead to 28-14 with 4:17 to go in the first half.

Edina advanced the ball deep into Prior Lake territory on the first drive of the second half but the Laker defense came up big with a stop. Facing a fourth-and-goal at the 1-yard line, Deutch tried to run the ball up the middle but was met by a host of Lakers, led by linebackers Aiden Gegenheimer, who tackled Deutch outside the goal line and turned the ball over on downs.

The teams exchanged punts on the next couple of possessions.

Prior Lake then put together an 8-play 91-yard drive, highlighted by a 25-yard run by Daveon McMillan and a 23-yard run by Spronk before Haas ultimately capped the drive with a 3-yard touchdown run by Haas to extend the Laker lead to 35-14 in the closing seconds of the third quarter.

Edina tried to answer back on the next drive and advanced the ball near the Laker 30-yard line but Berghult threw the ball toward the end zone and it was intercepted by safety Ryan Schultze, who pulled in the ball over the top of an Edina receiver while falling out of bounds.

The Laker offense then effectively put the game away on the next possession with a 14-play 97-yard drive highlighted by a 27-yard run by running back Cooper Busch. Receiver Jake Fier capped the drive with a 6-yard touchdown run on a reverse to put the game of reach at 42-14 Lakers with 5:19 left in the game.

The Hornets scored a touchdown in the closing seconds to reach the final score of 42-21.

Statistically, Haas completed 6 of 13 passes for 53 yards and a touchdown.

Spronk was the leading rusher with 131 yards on 17 carries. Krouse had nine carries for 72 yards and a touchdown. Busch had six carries for 64 yards.

Bowman had two catches for 22 yards and a touchdown.

A South Suburban Conference rivalry will be renewed on Friday Sept. 24 when Prior Lake travels to Lakeville North High School to take on the Panthers at 7pm.

The Lakers and the Panthers have met eight times since the South Suburban Conference was formed in 2010 with each team winning four times in those matchups.

Lakeville North won the last matchup 38-3 in a neutral site game at TCO Stadium in Eagan in 2018, the year the Panthers went on to win the state championship.

The Lakeville North offense is highlighted by running back Gavyn Schraufnagel, who has rushed for 355 yards and a touchdown on 71 carries on the season.

Quarterback Jackson Hanson is heavily involved in the running game as well with 33 carries for 198 yards and two touchdowns on the ground this season.

Najee Nelson is the leading receiver with 10 catches for 98 yards on the season.

Kickoff at Lakeville North High School on Friday is scheduled for 7pm.

Since it is an away game at Lakeville North, Lakers Live and Panthers Live will be providing a joint stream this week. The stream will be live at the following link:

Be sure to check back next week for a recap of the Edina game as well as a preview of the Week 5 matchup vs Eden Prairie. 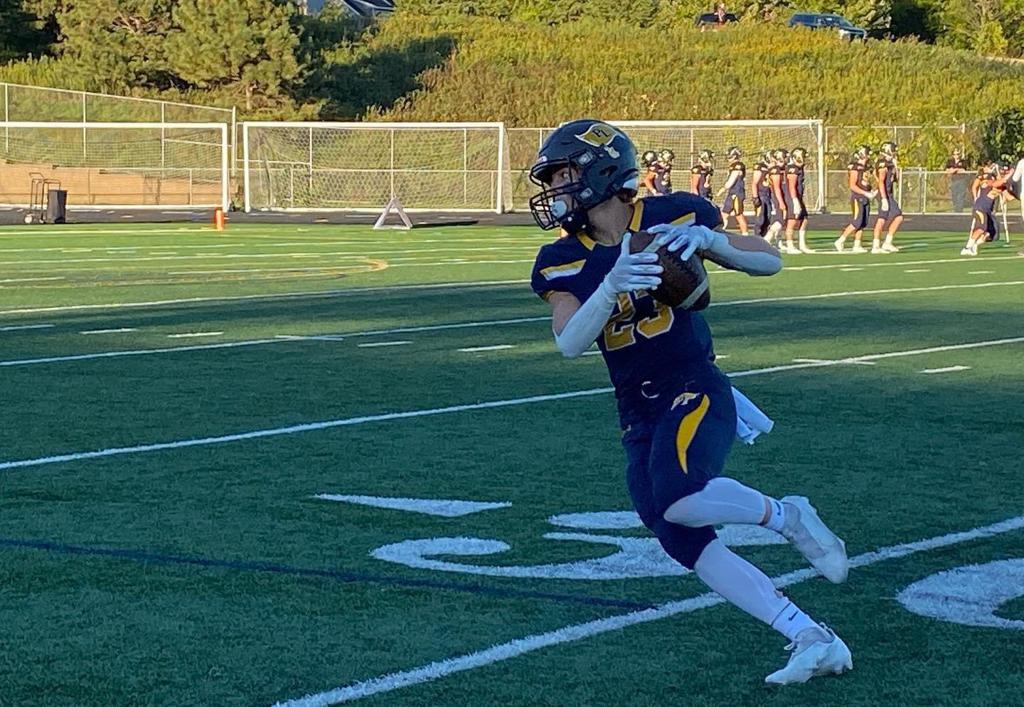