Lakers roll past Hopkins in season opener, rivalry game at Shakopee up next

Prior Lake took an early lead and never looked back in the teams season opener as Top 10 matchup with Shakopee looms.

Quarterback Kyle Haas and receiver/running back Joey Krouse connected on a pair of first quarter touchdown passes and the defense only allowed 57 total yards as the Prior Lake Lakers cruised to a 49-0 win over the Hopkins Royals Sept. 2 at Hopkins High School.

The game was Hopkins’ (0-1 Overall, 0-0 Metro Maroon South) first contest since moving back up to Class 6A for the regular season after spending the past few years playing a Class 5A regular-season schedule.

The Lakers took control right from the opening kickoff as kicker (and PL Boys Soccer player) Logan Lehrer’s opening boot was fielded at the 1-yard line and the Prior Lake coverage team stopped the Hopkins returner inside the 10-yard line.

A quick three-and-out by the Laker defense set the Prior Lake offense up already at the Hopkins 39-yard line.

PL then put together a 10-play scoring drive capped by a 3-yard touchdown run by running back Ryan Horejsi. Lehrer’s extra point gave the Lakers an early 7-0 lead.

Hopkins had one of their more productive drives on the next possession, moving the ball out to around midfield before ultimately stalling and were forced to punt.

Three plays later, facing a 2nd-and-6 from the Prior Lake 41-yard line, Haas dropped back to pass and fired the ball deep down the middle of the field to Krouse, who caught the ball in stride near the 30-yard line and sprinted into the end zone to extend the Prior Lake lead to 14-0.

The Lakers caught a break on the next drive. After another three-and-out by the defense, Hopkins lined up in punt formation but the snap was low, causing the punter’s knee to hit the ground as he caught the ball, by rule ending the play there and giving Prior Lake the ball at the Hopkins 30-yard line.

On the very next play, Haas and Krouse connected on a wheel route for a 30-yard touchdown, making the score 21-0 Lakers in the closing seconds of the first quarter.

Following another Hopkins punt early in the second quarter, the Prior Lake offense went back to its bread and butter, the running game. The Lakers then had a six-play 58-yard scoring drive of all run plays by running backs Greyson Spronk, Cooper Busch, Deveon McMillan and Ricky Gonsor. Busch finished off the drive with a 21-yard touchdown run where he pinballed off one of his own receivers as he ran through the secondary before scampering into the end zone to make the score 28-0 Lakers with 7:56 to go in the first half.

Prior Lake effectively ended any comeback hopes Hopkins may have had a couple of possessions later with a 10-play 76-yard touchdown drive. Three double-digit runs in a row by Haas, Spronk and McMillan advanced the ball deep into Royals territory before Haas plunged into the end zone on a quarterback sneak, pushing the Laker lead to 35-0 with merely 12 seconds left in the first half.

Spronk and Busch each scored third quarter touchdowns to reach the 49-0 final score.

Statistically, Haas completed 6 of 9 passes for 113 yards and two touchdowns.

Krouse was the leading receiver with four catches for 101 yards and two touchdowns.

The Laker defense only allowed 57 total yards, including only 4 passing yards.

Two top 10 teams and a rivalry renewed for the first time since 2019… There is a lot to look forward to as the Lakers travel to Shakopee on Sept. 10 for a 7pm kickoff at Vaughan Field.

The Lakers come into the matchup ranked 9th in the latest Associated Press Class 6A Rankings, while the Sabers (1-0 Overall, 0-0 Metro Gold South) are ranked 6th in the same poll.

The two teams last met in 2019 in Shakopee, a 14-12 Laker win in a game that came down to the closing moments.

The Sabers, known for their triple-option offense and strong run game, defeated Anoka 45-7 in Week 1, rushing for 367 yards.

The Sabers did not complete a pass against Anoka.

Prior to the 2021 season, the Class 6A districts and regular-season schedules were overhauled in the name of competitive balance in the metro. The Metro Gold and Metro Maroon districts were created, with North and South sub-districts of both.

In a nutshell, the 16 schools who have been the most successful since 6A football started in 2012 have been placed in the Metro Gold district for the regular season and separated into North and South Sub-Districts, while the other 14 schools who haven’t been as successful or recently moved up from Class 5A were placed in the Metro Maroon district and separated into their own North and South Sub-Districts.

The Lakers play all the teams in the Metro Gold South Sub-District in the regular season in 2021 except for Farmington.

Note: These districts are only for the regular season and teams will still be grouped with their respective sections come time for playoff seeding like in years past, though some of the sections have been shuffled. The Lakers will be seeded in Section 6AAAAAA for playoffs in 2021. More to come on sections as playoffs get closer.

The opening kickoff at Vaughan Field in Shakopee on Friday is scheduled for 7pm.

Since it is an away game, Sabers Live will be providing the stream this week. Per @SabersLive on Twitter, the stream will be live at the following link:

Follow @plhsfootball, @pllakers and @PLHSLakers on Twitter for updates and links to the streams throughout the season.

Be sure to check back next week for a recap of the Shakopee game as well as a preview of the Week 3 matchup vs Edina. 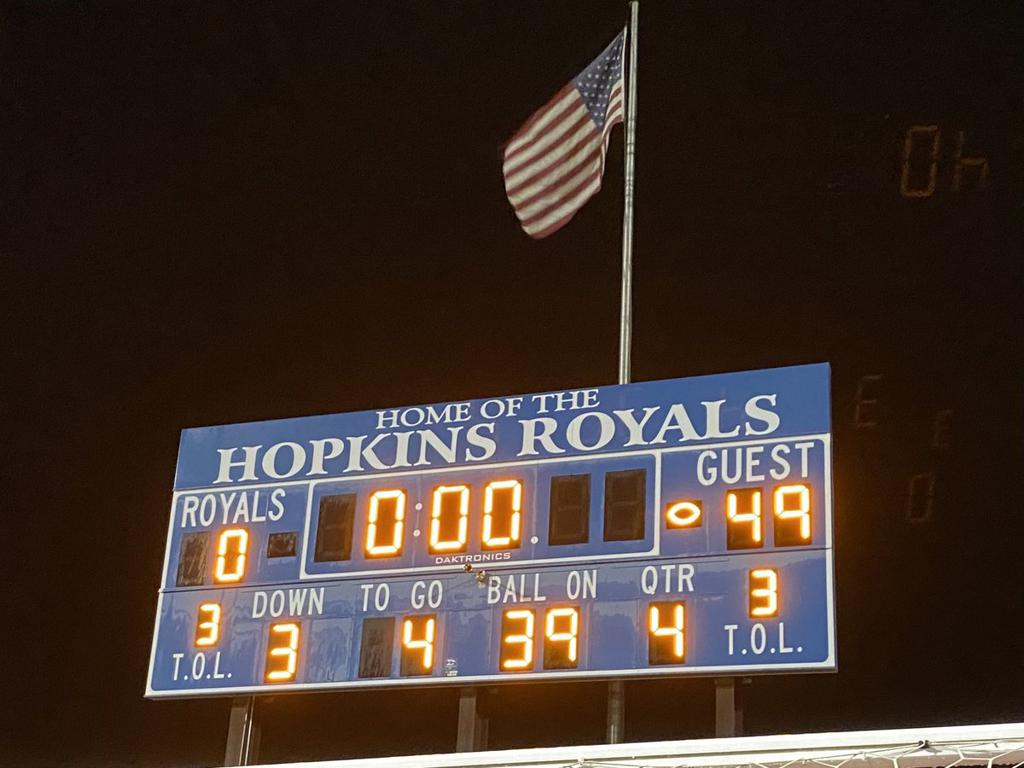