Prior Lake could not take down Eden Prairie but they never quit in the final game of the 2020 season.

When the Prior Lake Lakers took the field on Nov. 20 at Eden Prairie High School, the players knew it would be their final game of the 2020 football season due to the impending COVID-19 shutdown that would go into effect later that night.

The Lakers (4-4) battled the top-ranked Eden Prairie Eagles to a 7-7 tie near the end of the third quarter before the Eagles ultimately pulled away for a 21-7 win.

The game was technically a second-round playoff game, traditionally referred to as the state qualifier round or the section final as the winner would normally receive a plaque and qualify for the state tournament. However, with the shortened season coming to a close and no state tournament, while both teams still wanted to win, it was obvious that the Lakers and the Eagles were happy to enjoy one more game under the Friday Night Lights regardless of what trophy was or wasn't on the line.

Friday's game was the second matchup between the two teams in 14 days. Eden Prairie won the first contest 35-7 on Nov. 6 at Dan Patch Stadium.

The majority of Friday’s game, particularly the first half, was a defensive battle.

It looked as though the Lakers had the first big play of the night when quarterback Kyle Haas threw to receiver/running back Joey Krouse, who caught the ball and ran down the Eden Prairie sideline before being tackled near the red zone but the play was wiped out by a holding penalty.

After the penalty, Prior Lake had to punt, which set the Eagles up with great field position near midfield.

The Eagles offense moved the ball into the Prior Lake red zone before the Laker defense made a stand. Facing a fourth-and-3 at the 15-yard line, the Eagles opted to go for it and on a play-action pass, quarterback David Warren-Mitchell threw to tight end/defensive end Trent Jones in the end zone but Jones could not make the catch with defensive back Ryan O’Connor in coverage, turning the ball over on downs.

Prior Lake’s offense advanced the ball near midfield and on a third-and-9 running back Tyler Shaver broke off an exciting run where he ran to his left before outrunning the defense by cutting all the way back across the field for a 20-yard gain.  Unfortunately for the Lakers, the play was called back by a holding penalty.

The teams then exchanged punts.

On the ensuing drive, Prior Lake began to move the ball into Eden Prairie territory but the drive came to a halt when an Eagle defender knocked the ball out of Shaver’s arms and forced a fumble, recovered by Eden Prairie.

The Eagles converted a third-and-11 on the next set of downs on a corner route to advance the ball near the Prior Lake red zone. However, Eden Prairie got called for holding on the next play and on the ensuing play, Warren-Mitchell lost control of the ball on a handoff attempt to one of his running backs. Defensive lineman Martin Owusu jumped on the loose ball to give the Lakers possession.

Prior Lake ultimately had to punt, and Eden Prairie had one more opportunity to score in the closing seconds of the first half, but after Eagle running back Johnny Hartle caught a screen pass, linebacker Tanner Newlin punched the ball out and forced a fumble, recovered by safety Caleb Rios to end the threat and keep the score 0-0 at halftime.

The Eagles finally got the first score of the game on the opening drive of the second half, putting together a methodical 10-play 76-yard drive, highlighted by a 6-yard touchdown run by Hartle, putting Eden Prairie up 7-0 with 6:14 to go in the third quarter.

Prior Lake then answered back with a 73-yard drive of their own, propelled by three strong runs by Shaver to advance into Eden Prairie territory. Facing a third-and-8 at the 37-yard line, Haas dropped back, stepped up and completed a pass to receiver Jake Anderson, who was open in the middle of the field to move the chains.

A couple of plays later, Haas and Anderson connected again on what turned out to be the only Laker touchdown of the game. Haas rolled to his right and threw to Anderson in the end zone, who made an incredible catch, corralled the ball and tapped his toe in bounds as he fell onto the sideline for the score. Kicker Josh Keller’s extra point tied the game 7-7 with 2:17 to go in the third quarter.

Hartle started the next drive with a bang, breaking off back-to-back 17-yard and 15-yard runs into Laker territory on the first two plays of the possession. Facing a third-and-8 at the Laker 16-yard line Warren-Mitchell rolled right and threw to receiver Cade Kraemer on an out route, who caught the ball just beyond the first down marker to give the Eagles a first-and-goal. Running back Dan Knudsen scored on a touchdown run on the next play to give Eden Prairie the lead back at 14-7 with 10:50 to go in regulation.

Prior Lake advanced into Eagle territory thanks to a pair of long runs by Krouse and Shaver. However, a couple of incompletions and a negative run play stalled the drive and the Lakers were forced to punt.

Eden Prairie then put together a methodical 9-play 65-yard touchdown drive, capped by a 3-yard touchdown run by Hartle to increase the Eagle lead to 21-7 with 3:31 to go in regulation.

The Lakers would have one more chance to answer with Haas completing passes to tight end Reid Bowman, Krouse and a pair to Jake Anderson but their hopes were ultimately dashed when Haas’ pass on a fourth-and-6 fell incomplete in the closing moments, effectively ending the game.

Statistically, Haas completed 8 of 12 passes for 74 yards and a touchdown.

Shaver had yet another 100-yard rushing game in his last in blue and gold with 113 yards on 22 carries. Running back/linebacker Cam Miller had 11 carries for 36 yards and Krouse had seven carries for 31 yards.

Anderson was the leading receiver with four catches for 39 yards and a touchdown.

Newlin was the leading tackler with 15 tackles while Rios had 12 tackles and linebacker Cole Edwards had nine.

While it wasn’t a victory for the Lakers, it was a hard-fought game against a perennial powerhouse in 6A football. All players, including the seniors, should hold their heads high for the performance at Eden Prairie and for overcoming the obstacles of this unique 2020 season.

I want to thank everyone who has read my Prior Lake football stories the past few years, particularly during this strange 2020 season. It has meant a lot to me, the number of parents, players and fans who have reached out to me to tell me how much they enjoy reading my recaps and previews each week. As I have said in the past, it simply started as a great way to combine two things that I love, Laker football and writing, and has grown into something that I’m proud to share with you all.  Hope to see many of you for a more normal season in 2021. Until then, stay safe and Go Lakers! 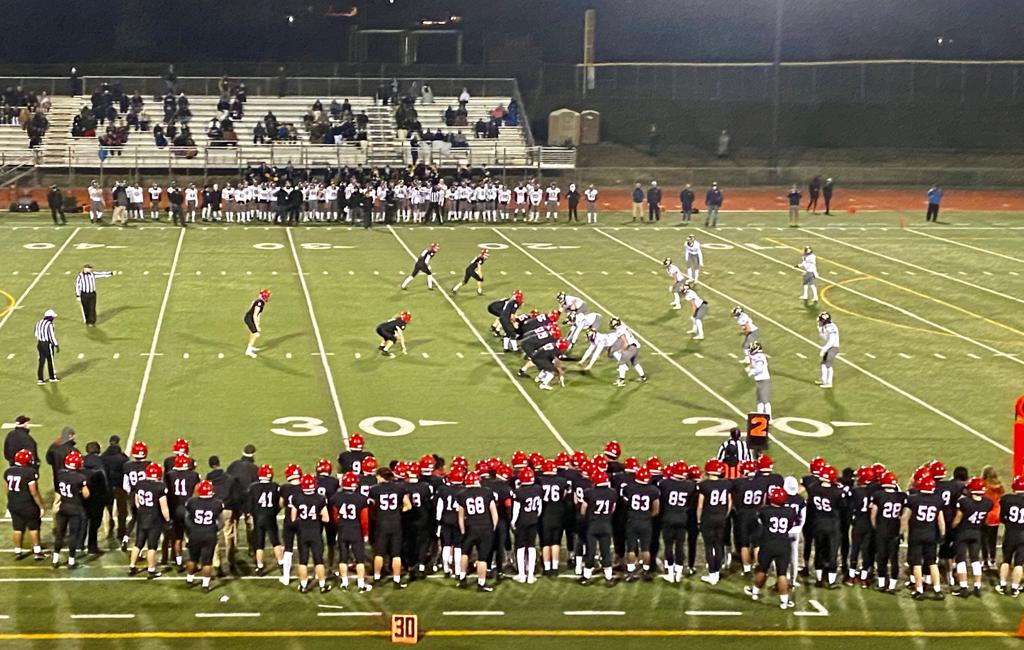